Meira Warshauer (alive and well)
Bati l’Gani ‘I have come into my garden’  for flute and improvised percussion
with guest artist Rachel Thomas, percussion 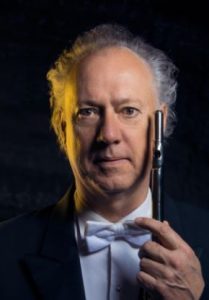 Uwe Grodd’s contributions to classical music have brought him worldwide acclaim as flautist, conductor, editor and teacher. A graduate of Mainz University, Germany, Grodd studied with teachers of international repute including André Jaunet, Robert Aitken and Maestro Sergio Celibidache. As Professor Emeritus of the University of Auckland, Uwe Grodd’s reputation as an inspiring teacher is well documented by his students’ international performances and prizes. Many of his students are enjoying careers in Europe, North America and New Zealand. Uwe has been Music Director of the Manukau Symphony Orchestra since its inception in 1993 and was invited to become Music Director of the Auckland Choral Society in 2008. His editions of flute chamber music by Vaňhal, Hummel, Beethoven and Ries, published by Artaria Editions, are increasingly in demand. He has made world première recordings of more than 80 works of 18th and early 19th Century music, and twice earned Gramophone magazine’s Editor’s Choice as well as the International Record Review Outstanding industry award. He is currently a supervisor for doctoral students at the University of Canterbury.
www.uwegrodd.com 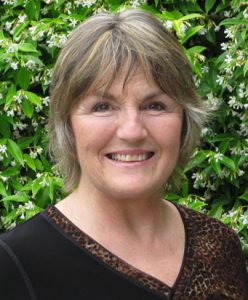 Rosemary Barnes is one of New Zealand’s most highly respected resident pianists. Awarded an Arts Council bursary at the age of eighteen, she left New Zealand for advanced piano studies at the Royal Academy of Music with Franz Reizenstein. Over the next twenty-five years she became one of London’s busiest accompanists and vocal coaches – appearing on BBC Radio 3, on Granada TV, and with performances at the Wigmore Hall and throughout the UK. Rosemary has been on the music staff of the English National Opera and has also taught at the Royal College of Music. From 1993-99 she was Director of the Dip Perf Arts (Opera) at the University of Auckland. Rosemary is a chamber music accompanist, an adjudicator of voice and piano, and has been the chorus and music director for Alan Smythe’s landscape operas in the North Harbour Stadium and for Opera Factory. In 2000 was awarded an MNZM for her services to music. She is a Concert FM National Recording Artist and her recordings include three CDs for Continuum record label.